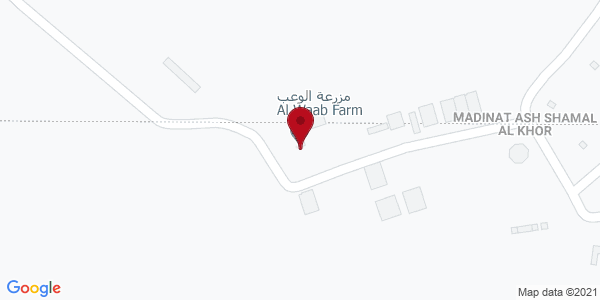 In the arid desert landscape of Qatar, is a jewel of the nation, a lush oasis, and home for some of the finest Straight Egyptian Arabian horses in the world. AL WAAB FARM is an extraordinary place, a vortex of energy where history and the future converge.

Treasures abound at Al Waab Farm; the eye beholds beauty from every view. A beauty whose origins hold great historical importance as well as deep personal significance. Here, they honor the traditions of past breeders and the contributions of legendary stallions and precious broodmares. In a way, its own history is rooted in ancient tradition.

For centuries, the Arabian horse has been one of the most valued gifts given to aristocracy and world leaders. They symbolize beauty, power, excellence, and nobility of spirit. In 1994, history was made when Sheikh Abdulla Bin Khalid Bin Hamad Al Thani, who admired the classic Arabian horse, acquired the legendary stallion Ansata Halim Shah as a gift for HH Sheikh Hamad Bin Khalifa Al Thani, the Amir of Qatar, for his world-famous Al Shaqab Stud. This magnificent gift marked a new era, a renaissance of straight Egyptian breeding that would change the history of the breed. Although Ansata Halim Shah lived but a short time in Qatar, he left a priceless legacy through his sons and daughters.

In 2009, Sheikh Abdulla Bin Khalid Bin Hamad Al Thani and his son, Sheikh Ahmed Abdulla KH H Al Thani, were inspired by their mutual love of the Arabian horse and together established Al Waab Farm. From the very beginning, they have spared no effort, no cost, to acquire the finest broodmares and stallions for his straight Egyptian breeding program. Throughout the vigilant search, the blood of Ansata Halim Shah remained a touchstone of excellence and is found in many of the pedigrees within the Al Waab equine family today.

The unique beauty and rich history of the straight Egyptian Arabian are timeless inspirations to breeders. From time to time, rare and wonderful historical artifacts linked to historically significant stallions are discovered. If a person is wise, they will understand the power these talismans possess. There is no doubt Sheikh Ahmed Abdulla KH H Al Thani is a person of discernment who appreciates beauty and values history. He recently acquired yet another treasure for Al Waab Farm, the turquoise and white Om Ezzat halter belonging to none other than the great Ansata Halim Shah.

Judi shared some of the history of this treasure…

“When Don and I were living in Egypt during the 1960s, I bought several Om Ezzat halters - including this very special turquoise and white one. I saved this halter as it was very special to me because it was the same color as the one worn by Nazeer when I first saw him in 1959. I had planned for this halter to be designated to a very special stallion that we might breed someday in the future, a stallion who would hopefully be as influential as Nazeer. In 1980, Ansata Halim Shah was born, and this halter was destined to be his.

“This halter was different than some of the other halters Om Ezzat made; it was more refined. Other halters were bulky with heavier tassels and double rows of cowrie shells – like the one Morafic wore. Ansata Halim Shah had a very refined head and this finer turquoise and white halter fit him and his personality perfectly.

“In 1987, when Halim Shah was seven years old, our friend Barbara Lewis made a drawing of him wearing his Om Ezzat halter. The pencil sketch, which she drew in black and white, has been reproduced in several of my books. Later, she hand-colored the halter on my own personal print, which is uniquely signed by the artist.”

At Al Waab Farm, the display of Ansata Halim Shah’s halter and a beautiful bronze depicting him are welcoming remembrances of the stallion. In addition to Halim Shah’s beautiful halter, Sheikh Ahmed also acquired other historically important artifacts, including the stallion’s blanket won at the 1983 World Arabian Horse Championships at the Salon du Cheval, in Paris where he was named Reserve World Champion Junior Stallion. The halter is of particular significance. It is like a precious crown that is passed down from generation to generation and worn only by those who earn the right.

Just as Judith Forbis reserved and dedicated this special halter for Ansata Halim Shah, Sheikh Ahmed also saved it for a very special and deserving stallion at Al Waab. Is it a coincidence that the stallion who has proven himself worthy of the halter possesses three crosses to his famous ancestor? No, it is destiny. Indeed, the Al Waab stallion Sinan Al Rayyan (Ansata Sinan x Al Wajba Al Rayyan) through his own merit and accomplishments has proven to be worthy of the honor of wearing this symbol of royal distinction.

As a gesture of acknowledgment for his contributions not only to Al Waab Farm but also to the world, Sinan Al Rayyan has been memorialized in a beautiful portrait wearing Ansata Halim Shah’s halter. He will forever be recognized as one of Ansata Halim Shah’s most significant descendants and as one of the most influential sires of this time.

A sketch study of the Arabian Face: the Ears. 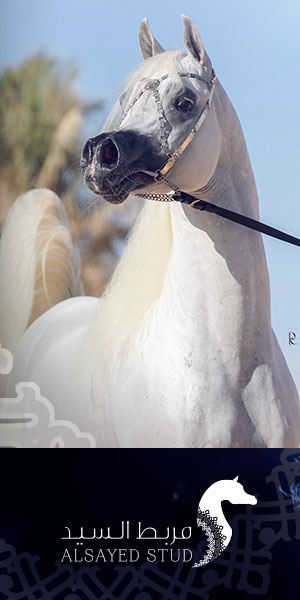